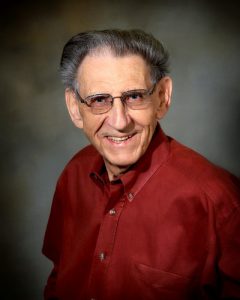 Mr. Alvie Lee "Ike" Isenhour was a man with ambition. Before entering the world of real estate, he served as a medic in the United States Air Force, graduated from High Point College with a Bachelor of Science in Physical Education, and worked at Cannon Mills. In 1971, he established Ike's Realty & Construction Co. At that time, the business focused on residential real estate sales and listings. In 1976, Ike received his General Contractor license and in 1979, the company incorporated and became Ike's Realty & Construction, Inc.

In 2003, the company name was amended to Ike's Construction, Inc. Although his son Jeff took over the company in 2004, Ike did not fully retire. He remained the company treasurer and came into work every day to help as needed up until a few days before he passed in October of 2016. Ike was the smiling face that you saw when you walked in the office door and although he is no longer with us, his legacy lives on in his company, as well as all the lives he touched.